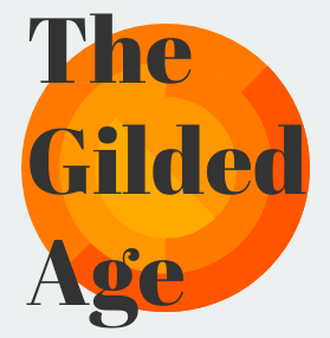 As a reaction to the excesses of Industrialization, and the since-discredited beliefs in Social Darwinism and American Exceptionalism during the Gilded Age from 1865 to 1915, there was more social legislation passed by Congress in the United States in the Twentieth Century than at any time before or since.  This included child labor laws, food safety inspection, and public education. In 1913 the 16th Amendment to the Constitution was ratified which made federal personal income tax legal. Prior to this time the Federal Government got all of its revenue from tariffs and excise taxes. Now they could tax income as well and by the ‘Roaring Twenties” the government had a lot of discretionary income. 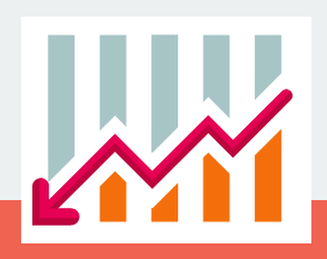 ​After the Great Depression began in 1929, President Roosevelt, who took office in 1933, used much of these federal funds to create programs that kept America afloat and created social safety nets to help the working classes. One piece of social legislation that would have far reaching impact was the Social Security Act of 1935 that was passed by Congress as part of the New Deal. What they said the act would do is solve senior poverty.​​​​

In 1936 when Social Security took effect, the average wages per person in the U.S. was about $2,100 a year, the average cost of a new house was $4,100, and, "Hey Buddy, can you spare a dime?” Then you could choose between buying a loaf of bread and a gallon of gasoline.

Also in 1936, according to the U.S. Department of Commerce, the average birth rate was about 6,000 babies a day. Less than ten years later, after World War II, that rate would double to about 12,000 a day and remain at that level for almost twenty years. This became the Baby Boomer Generation; and under the GI Bill, this generation went to school and bought homes. 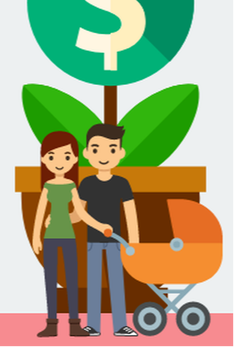 ​By the mid 1950’s, Congress knew they had a problem on their hands. Social Security was never designed to address these kinds of birth rate numbers or inflation prices and would not provide a workable stand-alone “national pension”.  Starting in 1956, Congress, working with the Internal Revenue Service, began passing social legislation that was designed to entice Americans to save money for retirement to add to their Social Security benefits. This is why IRA, Keogh and 401K retirement plans were created, because today 10,000 Baby Boomers are turning age 62 every day!

Expect that about ten thousand people per day will turn 62 until nearly 2040. Thus, forecasting that by 2030 we will have more than seventy million Americans over the age of 65. Wheelchairs may actually outnumber strollers. The social, medical, political, and economic impact is simply not well understood. Yet, most people are not prepared for the implications.

​Congress Has Another Money Saving Idea 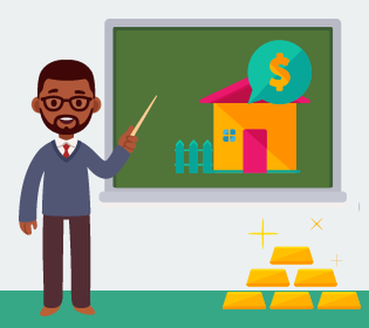 In 1968, a very smart economist named at UCLA named Yung Ping Chen, made a presentation to the Congressional Committee on Aging in which he explained a way to solve the major problem about home ownership. This being that your equity wasn’t liquid when you needed it without selling the home or incurring substantial mortgage interest payments. To put it another way, how can your home equity increase your retirement income?

​For over a decade, the program was designed and redesigned. One big problem that needed to be overcome was how to make the loans safe and non-recourse to the borrower. In other words, what would happen if the loan was bigger than the property value. Working with the Federal Housing Authority, an insurance fund was set up and a Mortgage Insurance Fund premium was agreed upon. This solved that last big problem.

As a result of that study, in 1998 the Home Equity Conversion Mortgage  (HECM) program became permanent. Just like private banks and investment companies implement the IRA, Keogh and 401K plans for you. This program is regulated by the Federal Housing Authority but is implemented by private mortgage companies.

Today, Americans are living longer, needing more health care and long-term care, spending more and saving less, and somehow, this is all supposed to work itself out. However, it can’t and it won’t. Not without using a typically scorned financial product to activate some of the $6 trillion currently stored in older Americans' home equity.
​
The vast majority of older adults over 62 and their financial advisors and their adult children don’t want a reverse mortgage and prefer to use it as a loan of last resort after exhausting all other options. Fewer than five out of one hundred homeowners over 62 have taken advantage of this safe and insured program.

In 2008 America experienced the housing market bubble burst, causing a severe recession. On July 21, 2010, the Dodd-Frank Wall Street Reform and Consumer Protection Act was signed into law as a direct result of this market correction. Dodd-Frank is the common name for this piece of legislation. Enacting this piece of legislation led to the Consumer Financial Protection Bureau. This bureau was established with the mission to safeguard customers from fraudulent, deceptive, exploitative, and predatory financial practices. Accomplishing their mission by ensuring that financial institutions such as banks, mortgage lenders, student loan lenders, and credit card companies adhere to the rules that have been established.

During 2013, the federal government had been working to refine the regulations for its HECM program in order to improve the long-term viability of the underlying mortgage insurance fund, better protect eligible non-borrowing spouses, and guarantee that borrowers have sufficient financial resources to continue paying their property taxes, homeowner's insurance, and home-maintenance expenses.

By October 2017, the ripple effect of the new infrastructure, rules, and accountabilities created absolute standards for the HECM industry could be felt.  These rules help present a more clear picture to older Americans.  For example, the required disclosures like the integrated RESPA/TILA ( Truth in Lending ), the GFE (Good Faith Estimate), and a Regulation Z - if applicable. It also requires lenders to redisclose for every change along the way from application to close.

Less expensive
Other ways that Dodd-Frank has influenced reverse mortgages. This act has reduced the cost of reverse mortgages. According to Michael McCully of New View Advisors, the overall cost savings outweigh any upfront expenses.

“No borrower likes paying upfront closing costs. That said, lower margins and/or lower fixed rates mean lower overall cost — much bigger savings over the life of the loan than the incremental upfront closing costs,” McCully says. “And, if the HECM interest rate is lower than a [home equity line of credit], more borrowers are bound to start choosing HECM, despite its upfront fees.”

Better stewards
Working in the reverse mortgage space will require more dedication and grit, and perhaps only those motivated by good intentions will stay on board.

More equity preservation
Some point out that lower principal limits help borrowers preserve more of the equity in their house, allowing them to use their equity but not drain it.

​More innovation
Reverse mortgage lenders have introduced improvements to their proprietary HECM product in the past few years, boosting the principal limits and increasing the loan-to-value ratio.

Built to last
In releasing the latest changes, the Department of Housing and Urban Development has reaffirmed its commitment to the product and belief in its importance. These changes ensure that reverse mortgages remain an option for older Americans. Essentially, consumers are winning simply because the product continues to exist.

According to Wade Pfac, leading expert in legacy wealth planning. As of September of 2018, The results of studies conducted over the past few years have, in general, indicated that this conventional wisdom is limiting and unproductive. Beginning the process of getting a reverse mortgage sooner and planning out your spending from the equity in your home over the course of your retirement will help you fulfill your spending goals while also leaving a larger legacy. Utilizing one's assets in a manner that paves the way for increased spending and/or increased legacy-leaving capacity is the essence of retirement-income efficiency.
​
The value of any remaining financial assets along with the value of any remaining home equity after the reverse mortgage loan balance has been repaid is what is referred to as legacy wealth. Since money can be exchanged for other forms, it is not particularly relevant important to know the exact ratio of financial assets to remaining home equity. Only the combined weight of these two aspects will be considered significant in the final analysis.

For heirs wishing to keep the home, a larger legacy offers an extra bonus of additional financial assets after the loan balance has been repaid. The home is not lost.